With A Personal Touch 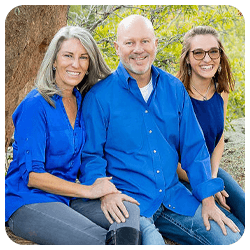 Don't take our word for it, hear what our patients have to say.  Our goal is top notch chiropractic care. 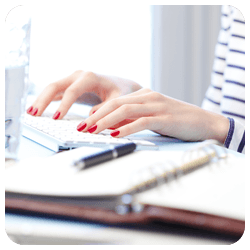 Our team is here to answer all your questions. Contact us today to see how we can help you get your life back.

Hello! And welcome to Naturally Chiropractic in Parker, CO. If you’re looking for a Chiropractor in Parker, you’ve come to the right place! Naturally Chiropractic was founded for the singular purpose of helping sick people get well and serving the people of Parker, CO through Chiropractic, charity and volunteer work in our beloved community! Parker is a unique Colorado city because, from the top down, we are committed to providing our community the very best living experience in the greater Denver area and we are doing a great job!

What makes us different? Aside from a burning passion to serve Parker through Chiropractic, I adjust people using the most advanced specific prone technique. It’s is so gentle I even adjust infants using the same technique. I am best known for my results and I encourage patients to check us out online to see what others have to say. It never hurts to take a second to get a second opinion! 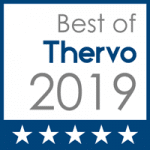 Hi, I’m Dr. Scott Godsey and the story of how I chose Parker revolves around something I call “gut guidance.” I believe that your inner voice often knows what you should do before you do! That’s how I chose Parker, CO as my permanent place to live and practice Chiropractic. About half-way through my Chiropractic residency, I took some time to come back to Colorado and find the perfect place to establish my private practice. I literally drove the entire E470 loop looking for the perfect place to put down community roots. I was getting a bit distressed because I had traveled the entire loop and nothing quite “felt right.”

How To Find Us

I will never forget the day that I turned south on Parker road off E470. The very first second that my building came into view the inner voice said, “THAT’S YOUR SPOT!” I had no idea how I was going to do it, but I knew that I HAD to follow that calling. It seemed impossible at the time but, what transpired over the next 9 months was nothing short of a miracle! Today, that EXACT vision for a private practice is my reality and I am in PRECISELY the spot my inner voice pointed out on that very first day! We are located at 10233 S Parker Rd Suite 100, next to Parker Family Care, Max Muscle, I-Thrive Yoga, Amore Jewelers, and several others. It’s that iconic, earth tone, 3 story stucco building on the West side of Parker Rd between the stoplights of Lincoln and Plaza.

Some of my patients have asked me, is Chiropractic safe? Um, Yes! Without question, Chiropractic is one of the safest forms of healthcare you can pursue! If Chiropractic is going to take the blame for anything, it’s usually a stroke, cervical artery dissection or a herniated disc. However, if anyone KNOWS the safety of Chiropractic in Parker, it’s my malpractice insurance carrier. And, according to them, Chiropractors don’t CAUSE those things, they MISSED them when they came into the office. There’s a BIG difference! In my office, I am especially vigilant for conditions that are medical emergencies. Your family practice doctor’s malpractice insurance is almost certainly 20 times more expensive than mine! The typical OBGYN’s malpractice can be 25-100 times more than a Chiropractor! Estimates vary, but, medical errors are being blamed for ~250,000 deaths per year! That’s the equivalent of TWO fully loaded Boeing 787 Dreamliner’s hitting the ground and killing everyone on board… every day… for a YEAR! Yes… Chiropractic is safe.

ARE YOU STRUGGLING WITH: